The holidays will be different this year: fewer people, less travel. But you can still make a meal that is special and honors the true history of the land on which we are living. One way to do this is by incorporating indigenous and local produce — like pecans, roasted squash, and fresh cranberries — into your menu.

Why Pecans? I chose to highlight pecans because they are indigenous to the land that is now the southeastern region of the United States and have been growing on this land for millions of years. (American Pecan Tree Nut History.)

Pecans are a delicious snack and can be beautifully included into both sweet and savory dishes. 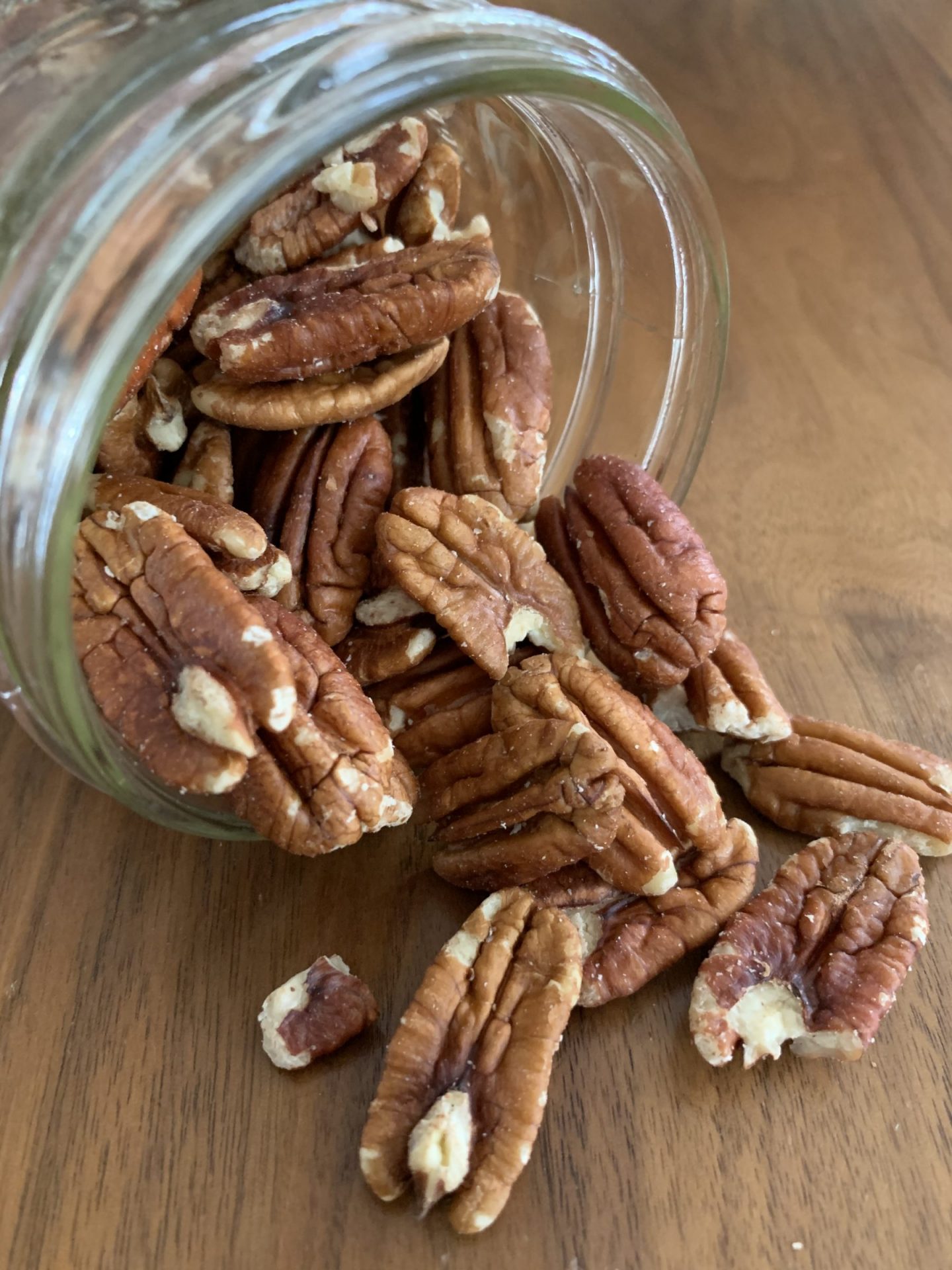 (Here are some recipes that highlight pecans from my family's Thanksgiving menu this year. These recipes are all vegan and so delicious everyone can and will enjoy them!

This year I am making a pecan and leek cornbread stuffing based on this recipe from Minimalist Baker.

Optional: Pair with this Mushroom Gravy recipe from the New York Times.

Step 1: Dry a batch of cornbread (two cornbread recipe links below).* Start with making or purchasing a savory cornbread. I prefer a cornbread that is less sweet. Cube and dry the cornbread for 24 hours at room temperature.

Step 2: Prepare the cranberries. Preheat the oven to 400. Wash and drain 12 oz of fresh cranberries, discarding any squishy ones. Add the cranberries to a baking dish. Top with about ¼ cup of water or orange juice and maple syrup to taste and give it a stir. Bake for 20 minutes until it is soft and bubbly. Set the cranberries aside and lower the oven heat to 375. Cranberry sauce can also be made in advance and kept in the refrigerator for up to two weeks.

Step 3: Prepare the veggies. In a large skillet over medium heat, add two tablespoons of olive oil, two medium leeks (thinly sliced,) one diced onion, salt and pepper to taste. You can also add some celery and mushrooms. Sauté until the veggies are soft. I usually prepare extra veggies because I like my stuffing to be heavy on the vegetables.

Step 4: Mix. Place the dried cornbread in a large mixing bowl and add the veggie mixture, one tsp dried thyme, and ⅔ cup of pecans (optional). Slowly start adding in vegetable broth (about two cups) as you gently incorporate the mixture until the cornbread is moist but not saturated.

Step 5: Add cranberries and give one more gentle stir. Cranberries can also be added at the end — but I like everything mixed together.

Step 6: Prepare to bake. Transfer to a greased baking dish, cover, and bake at 375 for 25 minutes. Uncover and cook for another 30-40 minutes or until golden brown.

Step 7: Rest 5-10 minutes before serving. If you did not add the cranberries before baking, add them now. Best served fresh! I like to eat this with some mushroom gravy on top. I have been making this gravy for a few years and it is hands down my favorite gravy - vegan or not. It tastes delicious over anything including the cornbread stuffing! I follow the recipe and sometimes add some extra veggies if I have them. 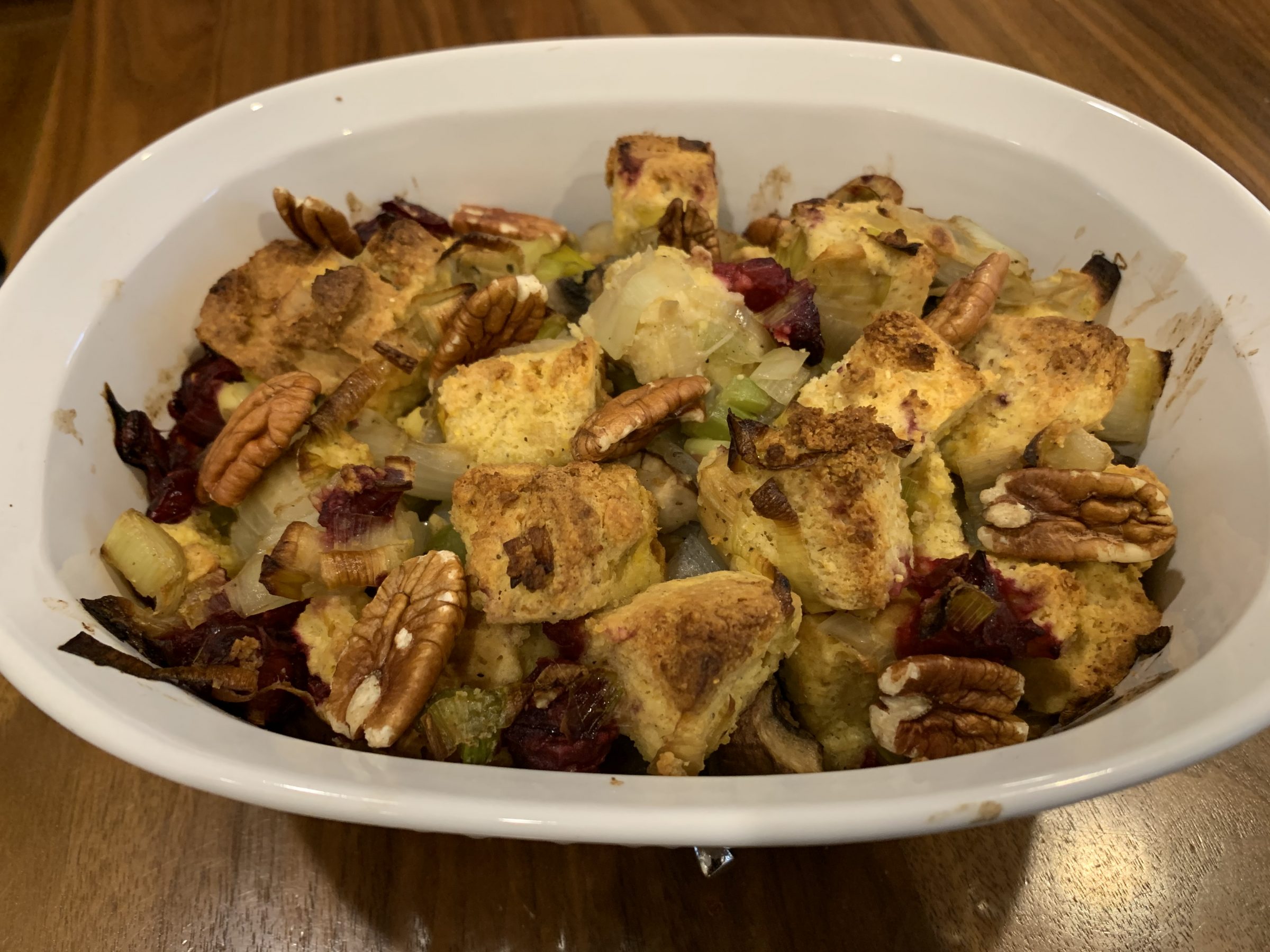 I always like to have a side of a few different roasted vegetables. This year, with a smaller crowd, I will probably just do roasted butternut squash. It’s in season, I can get it locally, and it’s one of my favorites.

Step 1: Preheat the oven to 400. Peel the squash, remove its seeds and cut into one-inch cubes.

Step 2: Drizzle and toss with oil (I use avocado oil,) salt, and pepper to taste.

Step 3: Arrange the squash on a baking sheet and cook for 35-40 minutes or until soft and browned.

Step 4: Incorporate into a salad or serve as is! 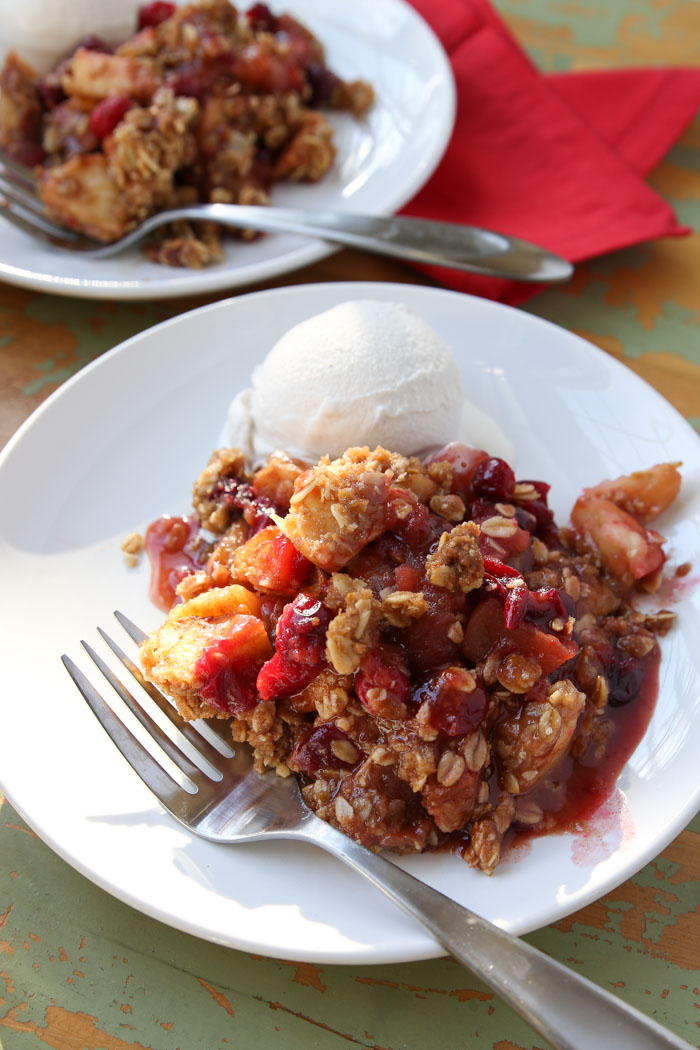 For dessert we will have a cran-apple crisp with pecan topping using local New York apples from a Hudson Valley farm. This can be made in advance and frozen!

Step 1: Peel and thinly slice 6-8 apples (I like a mix of sweet and tart) and place into a mixing bowl.

Step 2: Add cranberries and seasoning to the apples. Throw in a handful (or to taste) of cranberries. Then add seasoning — I like cinnamon, but season to your taste! You could also add ginger and a pinch of nutmeg. Add about three tablespoons of arrowroot or cornstarch (for thickening,) ¼ cup of water, and a squeeze of lemon juice. Mix these together and pour them in to a baking dish. For eight apples I would use a 9x13 baking dish, but adjust accordingly.

Step 3: To make the topping, add one cup of rolled oats, ½ cup of chopped pecans, ¾ cup of flour of your choice, one cup of brown sugar, cinnamon to taste, and mix together. After mixing the dry ingredients, add ½ cup of melted coconut oil or vegan butter and stir in. Spread the topping over the apples in an even layer.

Step 4: Bake at 375 for 50 minutes or until the apples are soft and bubbling (make sure to check in the center) and the topping is golden brown. Rest for 30 minutes before serving.

As always, let me know if you try out any of these recipes and feel free to share some of your favorite recipes with us!

Take a look at these articles on ways to honor native peoples and for more information on how to incorporate indigenous foods into your cuisine.

Sean Sherman, aka The Sioux Chef, on Reclaiming Indigenous Cuisine

Nine Ways to Decolonize and Honor Native Peoples on Thanksgiving

Why Eat Locally and Seasonally?

Prenatal Series: How To Prepare Your Body For Labor 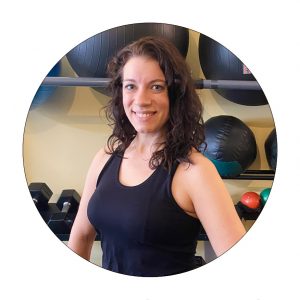 Kristen is a National Academy of Sports Medicine certified personal trainer who also holds a master's degree in social work from Fordham University. Her strong interest in the interconnectedness between physical health and mental well-being led her to pursue a career in personal training. Kristen works to promote healthy and happy lifestyles by coaching her clients through safe and fun workouts designed to help them achieve their personal goals.

Growing up as a competitive figure skater and ice hockey player, movement and physical fitness have always played a central role in Kristen's life. She is an avid snowboarder and enjoys spending time outdoors hiking and biking with her family.

“I love helping my clients reach their wellness goals by designing fitness programs that can be incorporated into a balanced lifestyle. My goal is to make working out a fun part of your routine!”

If you'd like to train with Kristen, shoot her an email at kristen@pongopower.com!

We are so excited to book YOUR Free Fitness Assessment! Fill out the form below.